LLS offers all students the opportunity to travel the world with sports whilst achieving qualifications that can take you down different career pathways and provide you with many opportunities. Travelling with sports is a great choice for students and can be very exciting offering the chance to meet new people and experience different cultures. Different cultures provide our students with the chance to understand and learn different ways of performing and teaching sports. This opportunity can help students not only with personal growth but increasing employability. 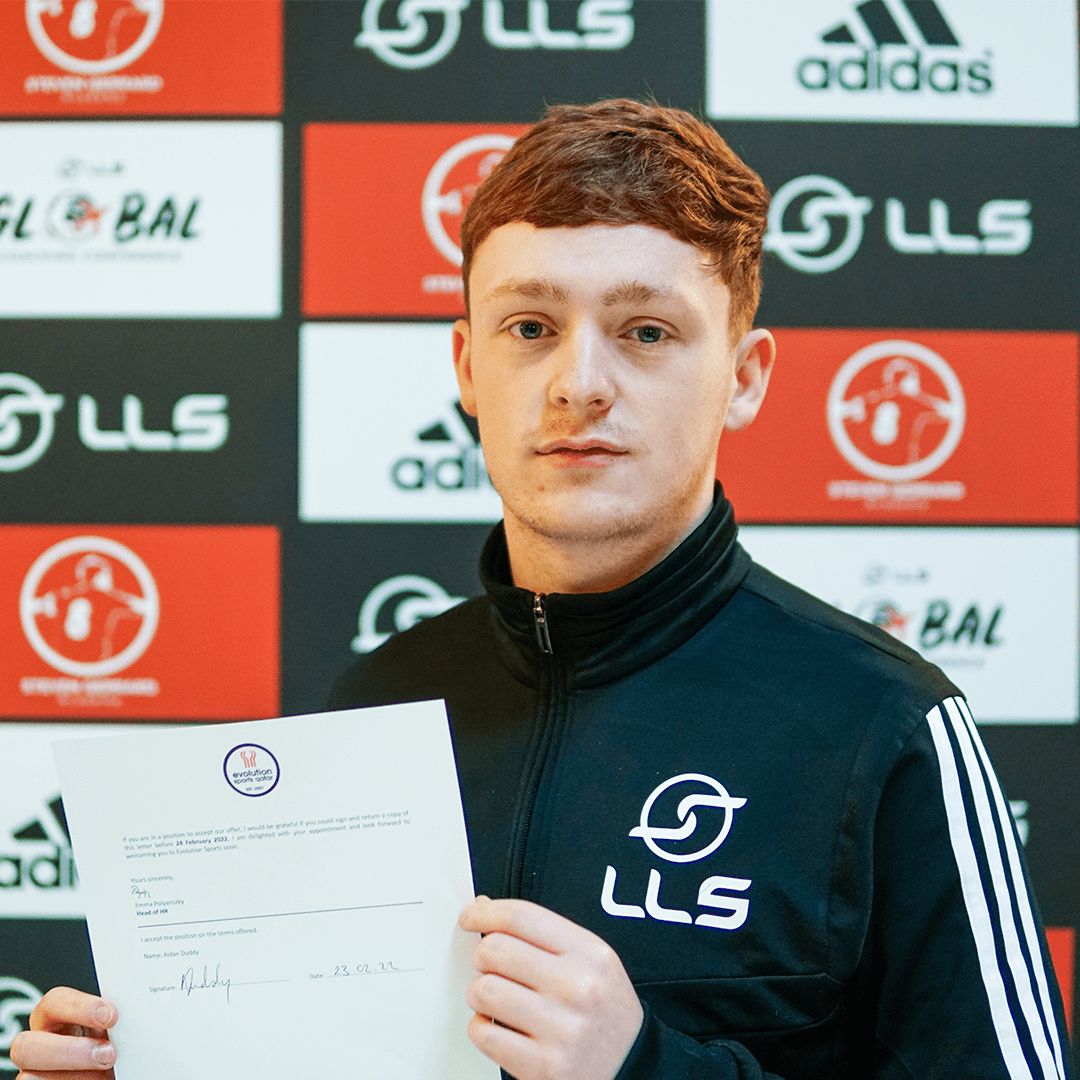 Aidan Duddy an LLS graduate was offered the opportunity of global coaching after joining LLS which provided him with great experiences in which he felt helped him build a deeper understanding of different cultures. Aidan joined LLS at age 18, now aged 22 he has shared his journey in sport so far.

What was your experience with Global Coaching Conference? What did a typical day look like?

So, my experience with the Global Coaching Conference as a student travelling across from Northern Ireland, meant that a day typically started with a 4 o’clock start, heading to the airport with flights just after 7 landing into Liverpool for 8 o’clock. You will then travel straight from Liverpool Airport to at the time, Liverpool Hope University where all activities and classes took place.

You will then go on to have initial talks, meeting the GCC partners and then go on to take part in the sessions. Since then, the location in which everything takes place has moved to Anfield. Taking part as staff at Anfield in my case, you land into Liverpool and go straight to Anfield. Here I would meet the partners and listen to what they have to say. I would also listen to some success stories and go on to do a bit of networking before lunch.

You then will go to Hope University where you deliver your sessions to students whilst being assessed by the different partners. When you join GCC, whether you want to do multi-sport, football, fitness or MMA whatever sport you choose as there is something there which suits everybody.

Why did you choose Evo Sports?

I chose Evo Sports as I believe it made the most sense for me personally. Evo sport offered a shorter-term contract. This suited me as I was able to take less time away from my current job as I was not very comfortable asking for longer periods of time away from work. At the same time the Evo experience is something I always wanted to do.

I was initially accepted back in 2019 pre-Covid. Due to Covid, I was unable to travel out from Northern Ireland. However, once everything was opening back up and they were accepting people again I knew it was something I wanted to do. Once this was possible, I re did my assessment, re coached and then I decided to go for it.

One of my main reasons for choosing Evo was that I sought a cultural change and wanted to experience something I have never experienced before. I understood that Evo was a big international company and that I would meet a variety of different nationalities, people and cultures and to be fair it didn’t surprise me in terms of I got exactly what I expected. I met people from all around the world and the kids that I coached where from every different background you could think of. I was able to gain experience coaching children from the UK, America, Australia and all-around Europe. It was everything you could have thought you were getting and more. Lastly, something I felt made the experience for me was how the Evo staff approached and delivered their part.

Thee staff made sure that their vision was clear but also how they wanted the students to come across and what they wanted us to deliver as students. With my experience in coaching, it was something that made the most sense and was the most realistic for me to enjoy. 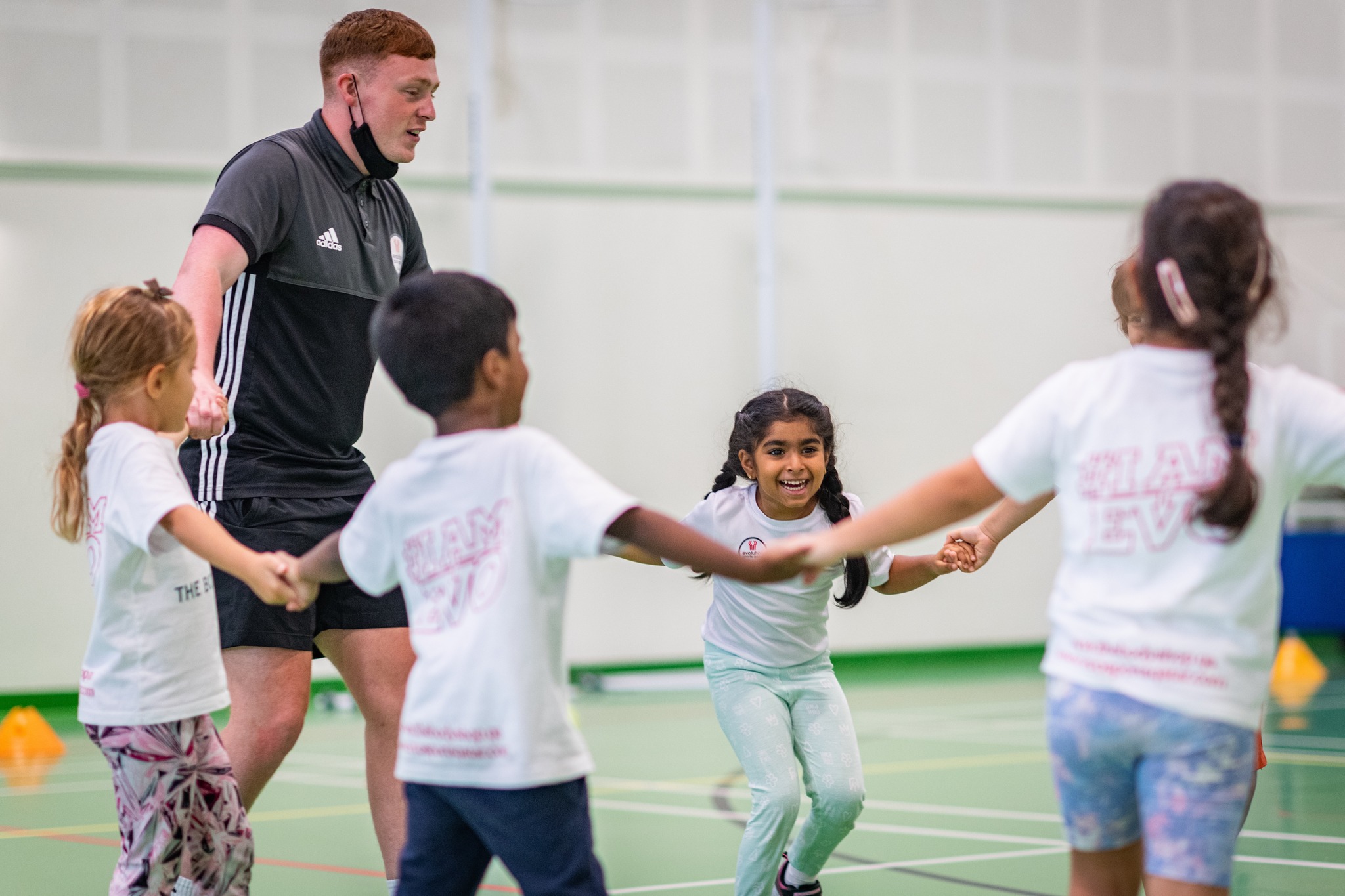 Had you heard of Evo Sports before or was the company new to you?

To be fair I hadn’t heard of Evo before. I first heard about Evo back in 2018, when I first started my course with LLS. So back then I think the company had been running for around nine years. However, at that time the company where not as focused on international course, they were aiming to build a structure within Qatar.

Since first hearing about them in 2018 and having initial contact they have been growing bigger and bigger, with more talk around the company being heard. You may often hear about GCC through word of mouth or social media or even just seeing information in regard to the company by emails coming through.

They are always involved. Looking back at my first initial contact with them to the summer just gone, they are only getting bigger and better, and it was great to be a part of it.

Was there anything in particular that Evo offered that made them stand out from other companies?

I think the overall project and delivery of camps. So, you had I believe in comparison to some of the other organisations, a shorter time scale of actually being in work. So, you will be working from 7am until 1pm delivering camps. You are also put up in your own accommodation. I found being able to have your own place instead of staying with host families was a great bonus. They made sure that everything we had to do was as streamlined as possible, we were never left in the dark and it was always constant communication thanks to the lads that have set it up. They made sure anything we needed was seen to.

As a student what did you find was your favourite part of the course during your time with LLS? 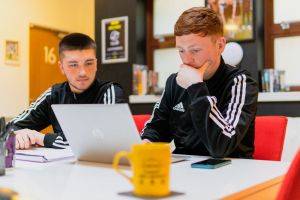 I would say one of the best things to come from my LLS experience was the friendships I made. When joining LLS I also joined a new football team at the same time. Funny enough one of the guys that was in my class who I had never met before was also on that football team. So, I went from playing football and being in a class with him to coming across to Liverpool and again being in the same football team here and now working together within YourTour. Going through the journey together with one of my best mates, the starting off, the coaching and now going away full circle and back together made it really enjoyable. I think for myself just the comfort of knowing that everything I have done he has also done. We have come through it together and it’s nice to see someone that you have invested and spent time with doing well. I think for me that is the best thing to come out of LLS.

In regard to the actual course itself, I enjoyed everything to be honest. I dropped out of high school and my A levels, sitting in a classroom just was not for me was and was boring. I was actually approached by LLS to join the course and from there I found there was a clear outline of what the course entailed. The course involves both practical and theory work, but I think that actual delivery of the course itself with the help that you were given within it helped me build a strong understanding of what I could achieve and needed to do. The networking and everything together helped the course all fall into place. You knew that it was going to be a two-year journey but within that there were steps. You were meeting new people almost every week and you were upscaling yourself all the time. I think the most enjoyable thing was the case that there was no pressure of this is a classroom you have to sit and do your work. It was an understanding group; everyone understood some days are better than others and there was a focus of how can we try and make everything as best as possible?

It was a great experience and a credit to the tutor Jo I had as he did anything asked of him and he understood that there were different characters within the class. He always did his best to get everyone to enjoy it. I think going from how we got on in the class and everyone in there we all probably had the best school years of our life.

What are your future plans with YourTour? What are you doing at the moment with them? 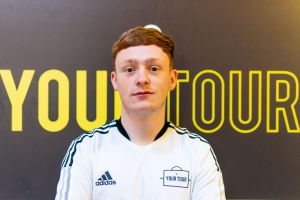 So, I’ve just started my full-time position with YourTour. I was part time last year, but I’ve known about the company since I started with LLS. My role as itinerary lead is basically setting up tours for teams to come across. I am involved from the moment we are aware a club is coming until they are leaving. I will then go on to plan all of the activities they will take part in whilst staying with us. In the future, with anything and each business you want to expand, and we are no different. We are looking to get bigger, better and improve every time. Not just as a tour in general but myself, Callum, Michael, Blaine and everyone involved wants to improve personally. We want to make sure that everyone has the best possible time whilst they are here and strong team leaders.

So, back in August we had our first long haul trip, we brought STA Soccer across from New Jersey and America to stay with us for ten days. Now what we are trying to do is to incorporate that throughout our year and add more long hauls trips as well as shorter-term trips throughout the weekends. I think that once we break into the American market where can we go next? Australia, Asia and the middle of Europe? Once we have done that, we are focused on building relationships and partnerships with professional clubs such as Manchester City, Liverpool and Everton.

We are trying to make sure that anyone that we bring across gets that professional experience and gets to understand what it’s like to be treated as a professional. We want to provide the premier league experience and that’s what we try to deliver week in week out.